As you are no doubt aware, BART has been in the news a lot recently. Some of it has been good news, and some of it has been pretty frustrating. Unfortunately, much of the good news does not get covered as well as the controversial stuff. This edition of Rail Mail will give you a broader perspective of things I'm doing to make BART better.

Please feel free to write back with any comments, questions, or concerns. 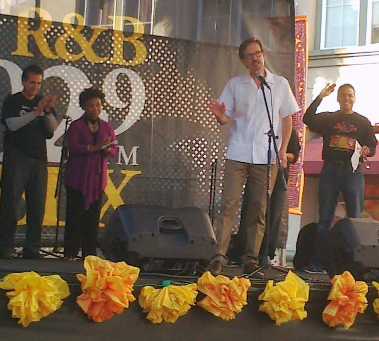 At the Dia de los Muertos ceremony in the Fruitvale on November 2, I had the pleasure to announce that BART and our labor partners had reached agreement on a contract. Unfortunately, two days later we learned of an error in the Tentative Agreement. The mistake provided for an all-too-generous family leave package: up to 6 weeks a year of paid leave for all BART employees in addition to vacation and sick leave time.

The new agreement, without the family leave package, was a success that both parties agreed to. Within the $67 million 4-year contract, we were able to provide nearly a 3% net raise per year to employees who didn’t receive one in the last contract, and yet preserve the capital funding necessary to modernize BART. We also were able to adjust medical and pension contributions, and change work rules that previous boards had approved about working shorter shifts.

On December 4, BART’s AFSCME union reported that 78% of their voting members ratified their contract that excludes the mistake. The BART negotiators will continue to meet with the ATU and SEIU union negotiators on Thursday and Friday of this week to address finalizing their contract. 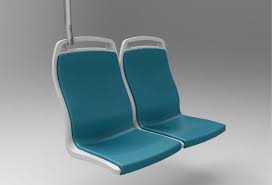 Since our September edition of Rail Mail reported on the need for additional train cars (and our 2012 commitment to purchase 410 new cars), several new developments have occurred. First, BART staff has continued to refine the car design. Passengers were given opportunities to participate in seat cushion evaluations at several stations. In addition to the "tush test" of different levels of seat padding, BART’s Bicycle Advisory Task Force tested a prototype of the Danish-style bike rack. You can sign up here to be notified when the first new train car arrives in 2014 for inspection.

But the really big news is that on November 21, 2013 the Board approved purchase of 365 additional train cars. This brings the total order to 775 new cars, to be delivered before the end of 2021. BART’s current fleet of 669 aging cars is inadequate, and will not meet our need to provide longer trains or more frequent service. With many cars over 41-years-old, they are also a challenge to maintain and they threaten BART’s on-time reliability.

By exercising the additional options, BART expects to save about $350,000 per car. BART’s share of the overall $2.6 billion project will be almost $600 million. We plan to apply $140 million from Prop 1A funds and tighten our belts to commit $45 million per year through FY2022. 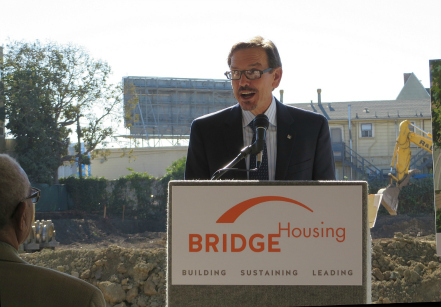 Groundbreaking for 90 affordable housing units at MacArthur Station on November 15.

Environment and quality-of-life go hand in hand. We cannot compromise either.

Several lessons have been learned since the Fruitvale Transit Village was opened in 2004. State legislation, AB32 (2006) and SB375 (2008) has also since committed to reduce Greenhouse Gas Emissions through Transit Oriented Development (TOD) projects where residents may avoid driving. Greater density leads to active urban environments and attracts businesses. Currently, only 80 people reside on the two city blocks at Fruitvale BART, and at the station, passengers walking to the garage usually bypass the Transit Village businesses. Planning for mixed-use developments needs a holistic approach.

To better plan for land use changes on BART’s property, all aspects of station planning, design, and real estate were brought under one manager in early 2013. I encouraged this significant reform, to make it easier for station improvements to receive much-needed attention and compete for funding. Some 22 TOD projects at BART stations will benefit from this careful coordination.

At MacArthur Station the garage will open in early 2014 and the first phase of housing is now underway. There will be—at a minimum—624 residential units, of which 108 will be affordable. We welcome developers who would like to join us in building a tower at this important station served by three BART lines. Also on tap for MacArthur: the plaza will be de-cluttered, a bike station added, and there will be 42,500 square feet of commercial/retail space and a 5,000 square foot community facility. 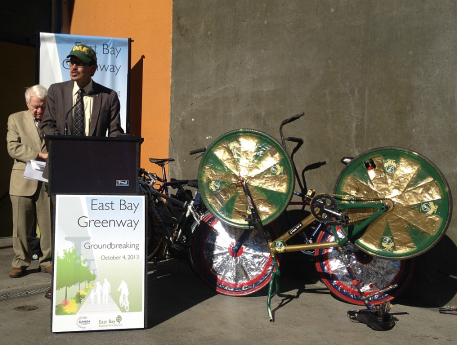 Developing new urban centers at BART stations will take place over the next decade. Meanwhile, getting ever more passengers safely to BART fare gates on transit, on foot, and on bicycles must continue to move forward. The so-called “last mile” is a critical barrier for passengers.

Several exciting new developments have recently occurred to help BART double the number of bicyclists who travel to BART from 4% of all modes, or over 16,000 passengers per weekday, to 10% in the next decade:

BIKES ON BOARD – Following three methodical Bike Pilot tests and passenger surveys, the BART Board on October 24, 2013 unanimously approved removing the restriction on bicyclists. With every car in the fleet now modified to make more room near the doors, bicyclists (and everyone) will find it is easier to board trains. Bicyclists may not board the first three cars during rush hours and may never board crowded cars.

SECURE BIKE PARKING – Not all bicyclists need their bikes on both ends of the BART trip. Bicycle racks inside stations are filled as fast as BART can install them. Still, every day many bicyclists learn the hard way that a cable lock is not adequate protection. To improve security at every East Bay station, BART now has 1150 electronic lockers that can be rented for $0.05/hour with BikeLink.org cards. BART Police are also paying attention to bike theft and more parking areas have cameras.

Before the time change, I called for a districtwide audit of lighting to help protect BART passengers from crime and to improve pedestrian traffic safety during the winter evening darkness. A survey I conducted with Armando Sandoval, BART Police Community Liaison, at the Fruitvale Station found over 23 lamps were out on properties owned by BART, the Fruitvale Development Corp., and the City of Oakland.