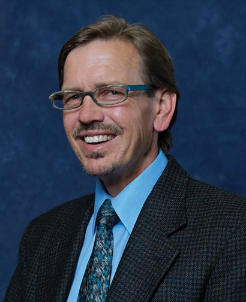 BART Board President Robert Raburn was elected to the BART Board of Directors on November 2, 2010. Director Raburn represents District 4, which includes most of Oakland, the city of Alameda, and part of San Leandro. It is one of the most diverse districts represented on the BART Board. In the 2018 election, he is running to serve another term.

In 2016, Director Raburn successfully led BART’s efforts to pass Measure RR, a $3.5 billion Green Bond backed by over 70% of voters in BART’s three core counties. Raburn has attended more than 150 public meetings to make sure that Measure RR funds are effectively and efficiently invested with strong citizen oversight to produce reliable service and reduce overcrowding. It marks a crowning achievement in a career devoted to improving life in our region.

Raburn came to the East Bay in 1979 to study transportation and urban geography at UC Berkeley, where he received a doctorate degree. He taught geography and urban planning for a decade at San Jose State University, and on behalf of Hispanic voting rights groups, served as an expert witness and drew political redistricting plans adopted by the U.S. Department of Justice.

Raburn led the East Bay Bicycle Coalition for much of his involvement with them from 1992 to 2010. His work led to the building of the bike path on the new Eastern Span of the Bay Bridge, and the removal of the “world’s shortest freeway” near Lake Merritt in Oakland.

A recognized leader in sustainable transit solutions, his work has influenced regional and state funding and policies on transportation planning and air quality.

For a decade prior to serving on the BART Board, Raburn chaired Alameda County’s Measure B Citizens Watchdog Committee, ensuring Measure B transportation tax funds were spent as promised to the voters. He helped draft the Measure B expenditure plan that was approved by voters in 2000. Raburn has also helped lead other successful local and regional ballot measures, raising $2.5 million in transportation funds for transit, pedestrian, and bicycle improvements along Fruitvale Avenue and helping to increase bicycle and pedestrian safety near various BART stations. His ideas for Safe Routes to Transit became part of a region-wide program.

Robert received the Clean Air Champion Award from the Bay Area Air District in 1995, the Stride & Ride Award from the California Bicycle Coalition in 2003, the Metropolitan Transportation Commission’s Excellent in Motion Award in 2004, and the Bay Area Business Roundtable’s Appreciation in 2014. As a staunch believer in community involvement, Robert enjoys volunteering at Allenwood Elementary and in the Dimond District near his home in Oakland where he has been recognized as a “Local Hero” in 2014 and again in 2016.

In his spare time he likes to bicycle tour with his wife Pat. They also enjoy travels south-of-the-border where they practice speaking Spanish. He struggles to find time to practice playing bass guitar.